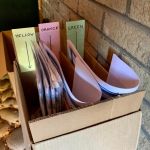 Thanks to everyone who came to Blackford Hill for the ‘Challenge’ over the weekend.  The sunshine and the blue skies, especially on Sunday morning, certainly helped us all enjoy it.  It was very different this morning when I went to collect in the yellow tapes in the rain, with just a few dog walkers around.

Talking of dogs, I now think it was they who were responsible for uprooting some of the tapes I had pegged into the ground, judging from the chewed bits of yellow plastic I found lying around.  I do hope no dogs were harmed in the process.  Perhaps another time we could consider using strips of cotton fabric; start saving old tea towels?  I was keen to mark the control sites in some way for the Yellow course, even though MapRun normally means no markers.  The courses were planned originally for a traditional event in July.  With control flags on tall stakes, I think the Yellow course would have been within TD2 guidelines but it is altogether different when you can’t use stakes.

It was no surprise that the July date had to be postponed but we were hopeful for permission for a modified (Covid compliant) event in August or September, where we would have used numbered tapes on stakes.  When these dates too were refused we decided to go ahead with a MapRun activity instead and hence the ‘discreet’ tapes.  Previous MapRuns, such as Sprintelope, haven’t offered much for juniors so I do hope the juniors who came to Blackford were able to get some enjoyment from it.

My chief aim for the Orange and Green courses was to make use of the new (old golf course) area.  After deciding to have the Start and Finish well apart (to help with Covid compliance) this more or less defined an outline Orange course and I was happy with the way it turned out.

I tried to incorporate several route choice legs on the Green and was pleased to see from the tracks on MapRun that this worked quite well, with the more challenging routes proving quicker than the roundabout routes, although I am sorry about the sting in the tail, Richard, on the very last leg where what looked like a way through on little paths led to a dead end in the gorse bushes!

Most of the discussion I heard afterwards was about the difficulty, or otherwise, of getting the MapRun to ping or, for those who were self-timing, to work out whether or not they were actually at the right place.  On reflection, I think some control sites such as #15 on Green were a little vague for this reason but would have been perfectly fine with a control flag.

This was never going to be a totally fair competition but I still want to highlight those who did particularly well. The winner on Green was INTerloper, William Ivory, with our very own Walter Clark in 2nd place (probably stopping to take photographs on the way round).  After that it was ESOC ladies who ruled with Alison first female, and 4th overall, on the Green, Maja and Hanne leading the Orange (and running it in the dark!) and new junior, Hermione Lee, coming first on Yellow, having previously run round the Orange (which was completely different) with her dad.  Well done all.

Finally, very many thanks to Judy for help with setting up the MapRun courses, to Jayne for admin and results and to Walter for printing maps. 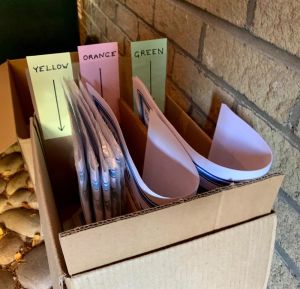 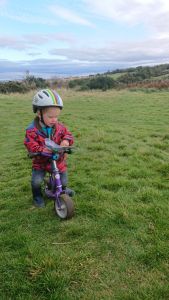 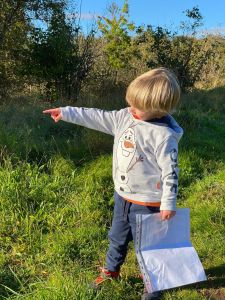