They now head for Hungary to take part in the GB training camp in preparation for the World Orienteering Championships later in the year.

Other ESOC members participating in the Sprint races were Andrew Dalgleish, who was 8th in the Men’s B Final, and Roger Scrutton who was one of the top three M60s to reach the Men’s C Final. 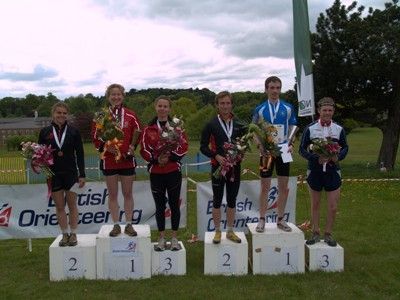 The women’s and men’s podium at the British Elite Sprint Championships (courtesy of British Orienteering).