The 2018 British Orienteering Championships were held on Royal Deeside, near Ballater. The Long Distance race was on Saturday 19 May and the Relays were on Sunday 20 May.

The Long Distance event was at Balmoral Estate, halfway between Braemar and Ballater. This venue was last used for the 2016 Scottish Championships, and the castle again made an impressive setting for the race arena. The area includes three hills, so there were steep slopes, and many courses had a lot of ascent. The terrain was quite rough, with lots of rocky ground and some big crags, as well as deep heather in places. There was plenty of route choice, and a network of paths and tracks. For those with time to look, there were good views from the higher parts. It was mostly very dry underfoot. The weather was sunny, and breezy in the arena, but sheltered in the forest – many found it very hot.

The Relay event was a few miles downstream, at Torphantrick, east of Ballater, with a fine race arena on the grassy banks of the River Dee. The terrain is complex - intricate contours on forested moraine, partly mature pine plantation with lots of brashings, and partly more open birch and oak woodland. Underfoot conditions were very dry. The weather was again sunny and breezy.

Full results, Routegadget, information about the events, and links to photos from the weekend (featuring many ESOC runners) are on the British Orienteering Championships 2018 page of the Scottish Orienteering Association website.

The Long Distance race was the 12th event in the 2018 UK Orienteering League. There are more details about the UKOL, including the updated league tables, on the UK Orienteering League page of the British Orienteering website. ESOC has now moved up to 12th in the club league. The score for each club is calculated automatically from the 15 best club members' scores (across various age class groups) - so the club members whose scores are included change as the year goes on.

Next year, the British Championships will be held in Yorkshire, with the British Mixed Sprint Relays at the University of Bradford on Saturday 4 May, the Long Distance race at Kilnsey North & Arncliffe, in the Yorkshire Dales, on Sunday 5 May, and the Relays at Middleton Park, Leeds, on Monday 6 May. 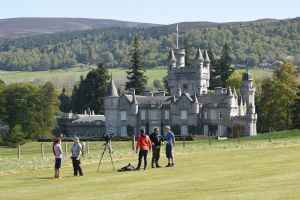 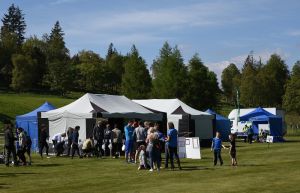 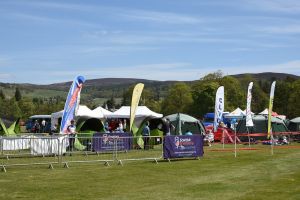 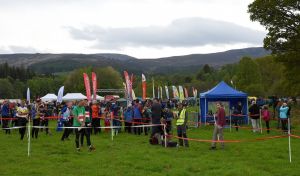 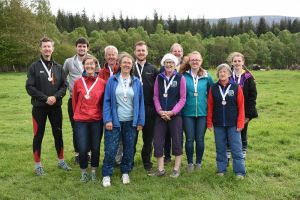 Most of the ESOC relay medal winners