The 2019 British Orienteering Championships were held in Yorkshire, with the British Mixed Sprint Relays on Saturday 4 May, the Long Distance race on Sunday 5 May, and the Relays on Sunday 6 May.

The British Mixed Sprint Relays were held at Bradford University, close to the centre of Bradford, and the Student Central building provided good indoor facilities including seating and a café. The relay changeover area was on the grass just outside, and there was a spectator control on the grassy bank above. Unusually, the start kite was very close by, and the outgoing runners quickly disappeared between the buildings. The terrain was typical for a university campus, with a mix of modern and older buildings, some steep slopes, fences, walls, steps and gardens. The weather was fine, mostly sunny, but quite chilly.


The Long Distance event was at Arncliffe & Kilnsey North, near Kettlewell in Wharfedale. This was close to the area used for JK Day 3 in 2016 (and actually overlapped slightly for the longest courses). There was a steep climb to the start, and steep descent to the final control, followed by a long run-in down the assembly field. The terrain is classic open limestone country - grassy pasture with many spring flowers, plenty of rock (areas of limestone pavement, crags, and boulders), complex contours, sinkholes, and many high walls crossed by ladder stiles. The weather was cloudy, cool and breezy but remained dry, and it was dry underfoot.


The Relay event was at Middleton Park (scene of the British Night Championships in 2015), in Leeds. The race arena was the South Leeds Stadium, at the John Charles Centre for Sport, south of the city centre. Spectators sat in the stands, which had an excellent view of the changeover area. There was a long run to the start kite, outside the stadium, and incoming runners ran halfway round the track before turning for handover, so there was plenty of time for their next leg runner to spot them. Middleton Park is mainly deciduous woodland in two valleys, with an open area on the hilltop between them. There are many bell pits from old mining activity, lots of thickets, and some steep slopes by the streams, all criss-crossed by a network of small paths. It was dry underfoot, with slippery bluebells in places, and some low brambles. The last part of all courses led alongside the Middleton Railway, with steam trains passing from time to time, and the elite courses had a spectator loop that crossed a railway footbridge. The weather was sunny to start with, turning cooler later on with some showers.

Full results, Routegadget, and links to photos from the weekend are on the British Orienteering Championships 2019 results page of the BOC 2019 website.

The Long Distance race was the 8th event in the 2019 UK Orienteering League. There are more details about the UKOL, including the updated league tables, on the UK Orienteering League page of the British Orienteering website. ESOC is now 7th in the club league. The score for each club is calculated automatically from the 15 best club members' scores (across various age class groups) - so the club members whose scores are included change as the year goes on.

Next year, the British Championships will be held near Haslemere, in Surrey, with the Long Distance race at Golden Valley & Cognor Wood on Saturday 21 March, and the Relays at Iron Hill & Parkgate Rough on Sunday 22 March. 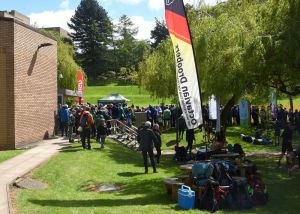 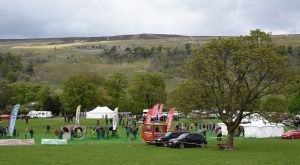 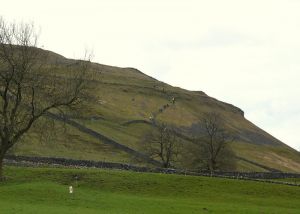 Arncliffe - route to the start 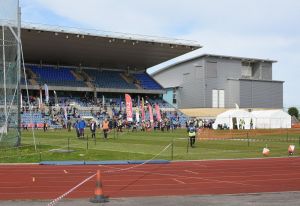 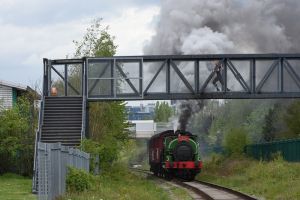 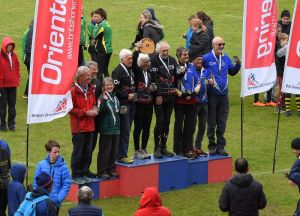 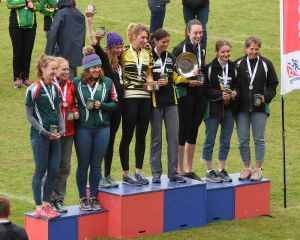