The British Sprint Relays were held on the Yewdale Estate in Skelmersdale. The Start and Finish arena was in a grassed amphitheatre, with an uphill run to the start kite, then the courses led into the nearby housing. The competition area was split by a dual carriageway, which could only be crossed at the designated crossing points (a pedestrian underpass and a footbridge). The terrain was mainly complex modern housing, with many similar buildings, cul-de-sacs, pedestrian walkways and an intricate network of connected courtyards. There were some grassed areas leading down to the Tawd Valley Park with paths and controls on both sides of the River Tawd.
The weather was unfortunately wet.

Full results are on the British Sprint Relay results page on the DEE website.

The British Sprint Championships event on Sunday took place further east, with assembly by Delph Side Primary School and parking at the Concourse Shopping Centre. There was a short walk to the Starts for both Qualifiers and Finals. The competition area was a series of modern housing estates, with cut-throughs, covered passageways and pedestrian courtyards, mostly on a gentle slope, with all the usual features of urban orienteering. The Qualifiers and Finals had a common last control, with the Finish next to the Assembly area.
The weather was slightly better than the previous day, with a little sun early on but mostly cloudy and some rain later.

Full results are on the British Sprint Championships results page on the MDOC website.

Further details about the event are currently available on the British Sprint Championships website.

This event was the 6th in the 2021 UK Orienteering League. There are more details about the UKOL, including the league tables, on the UK Orienteering League page of the British Orienteering website. ESOC is now lying 23rd in the club league. The score for each club is calculated automatically from the 15 best club members' scores (across various age class groups) - so the club members whose scores are included may change as the year goes on and more events are included. 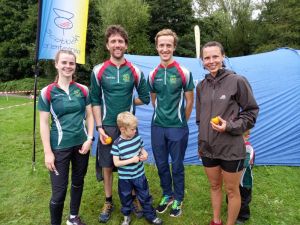 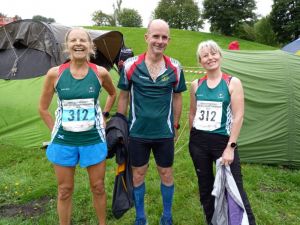 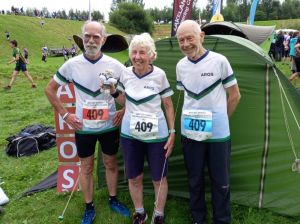