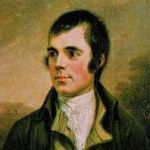 Late in season, the Club's annual Burns Supper was held on 11th February in Church Hill, hosted by Janice and Brian, with an attendance of over 40.  The runners pounded happily round the Royal Mail's post boxes near and far as devised by Ian Pyrah, with Richard Purkis, Alison Cunningham scoring well on the Long course and Margaret Dalgleish and Bill Stevenson scoring well on the Short course.  There were also some Spot prizes.  Chocolate prizes were very well received!

Then to the strains of "Scot wha hae" from Bill Gauld on fiddle the Haggis appeared and was addressed  as is usual, by Peter Coutts, followed by the "Selkirk Grace".
The bountiful provision of haggis, tatties, neeps and clapshot was soon all but consumed in repeat helpings, as was the later course of puddings. Tthanks to the many home caterers as delegated by Fran.

Appreciation of the Bard was eloquently and elegantly expressed by the recitation of "To a Mountain Daisy" by Maureen Brown, suitably attired in a daisy-printed dress. 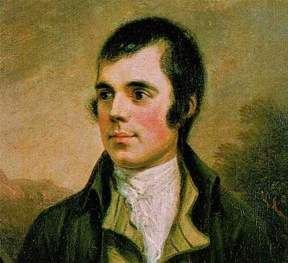