ESOCWalter planned this foot Turf event as additional entertainment during the Coast and Islands week of orienteering events. SurfnTurf#1 was on the evening of Day 3, from 6pm till 6:45, and the weather was fine. There was a great turnout, with several competitors signing up to Turf specially for the event. 46 Zones were distributed around the town itself, along the shore as far as the Tarbert ferry terminal, and up the hill behind the town. They had inventive shapes, including several very long ones, and they were named after islands in Scotland. All were visited by at least 3 people, and everyone had a great time.

The event base was The Corner House, in Harbour Street, and competitors gathered there at the end for refreshments and the prizegiving. The prizewinners were:
ESOC-Q - first overall and first female
Spur - first male
.j. - first newcomer
DaisyM - first junior

Walter commented: "It was brilliant to see so many people from lots of different clubs come together to enjoy the Turf event at Tarbert! I got fairly creative with the zone shapes and I couldn’t easily fit any more into the area. We ended up with 18 competing and less than 50 zones, so it was busy out there from the word go! Tarbert was a great venue and also the phone signal didn’t seem to be an issue for anyone. This was my big concern when planning! Thanks very much to everyone who came along."

The event map and full results are available on the SurfnTurf#1 Event page on the Turf website.

Details of how a Turf event works are in this document: Participating in a Turf Event
Also see this news item for a report from the previous Turf event in Edinburgh. 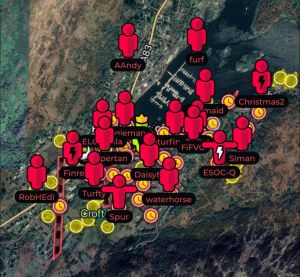 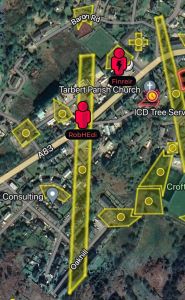 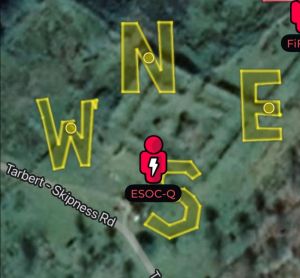 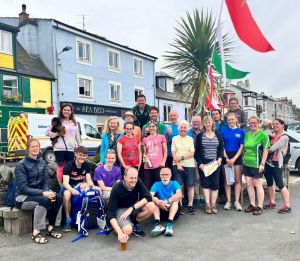