The 2018 Scottish heat for the CompassSport Cup and Trophy was hosted by FVO, at Beecraigs Country Park, near Linlithgow, and was the second part of their “Stepping into Spring” weekend. There was a fantastic turnout from ESOC, and we had competitors in all of the CompassSport Cup classes.

The Assembly area was near the pond at Balvormie, and the start for most courses was nearby. The Brown and Short Brown start was to the NW, and those courses started off on the steep slopes of Cockleroi (or Cockleroy) before crossing the road back into the main area. All courses followed an anticlockwise loop around the western part of Beecraigs Country Park, and the longer courses ventured into Witch Craig, to the south. The terrain was varied, including open moorland (with good views), conifer plantation, deciduous woods, felled areas, and marshes, with plenty of paths and tracks. It was very wet and muddy underfoot, and snow was still lying on much of the area, with streams of water everywhere as it thawed. The weather was dull but stayed dry, and it was quite mild, with some sun later on.

ESOC is a large club, and were competing with FVO, INVOC, MAROC and MOR in the CompassSport Cup heat. We came 2nd (with 2349 points), behind FVO (2453 points). The winning team qualifies for the final, and if that club came 1st, 2nd or 3rd in the previous year’s final, then the team in 2nd place also qualifies. FVO came 2nd in the CompassSport Cup in 2017, so this year ESOC have also qualified.

Helena Nolan (ESOC Club Captain) and Ewart Scott (ESOC President) sent this message: “Well done and thank you to everyone who competed in the CompassSport Cup Heat at Beecraigs this Sunday. You will be pleased to know that ESOC qualified for the final so please take a note of the following information and keep the date free.”
The final is to be held on Sunday 21 October at Abraham’s Valley, in the northern part of Cannock Chase near Stafford, hosted by Walton Chasers.

Full results including Routegadget are available on the CompassSport Cup & Trophy Scotland Heat page of the FVO website. The results include the team scores for both Cup and Trophy. 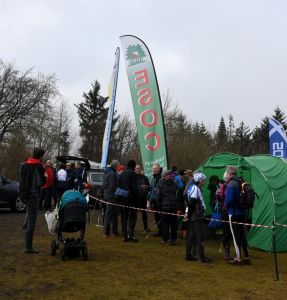 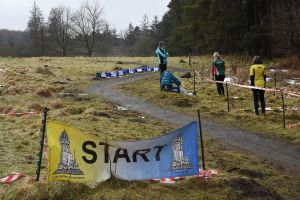