The 2022 Scottish heat for the CompassSport Cup and Trophy was organised by Forth Valley Orienteers, at Callander Crags. This is a new area, on the steep hillside above the town of Callander. The start and finish were fairly close to the car park. The terrain was quite varied, with coniferous plantation near the start, open moorland further up, silver birch woodland in the NE of the area on the longer courses and beautiful beech forest in the SE. The beech forest was dissected by very steep narrow gullies, which were very muddy. There were some patches of windblown trees and other dense vegetation in places. Most found their courses quite tough.
The weather was mixed, with some heavy showers, and sunny intervals later on.

The final will be on Sunday 16 October at Devilla & Tulliallan, in Fife, also hosted by FVO.

Full results including team scores for both Cup and Trophy, along with Routegadget, are on the CompassSport Cup & Trophy Scottish Qualifier 2022 page of the FVO website. 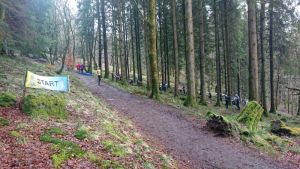 Route to the Start, CSC Heat 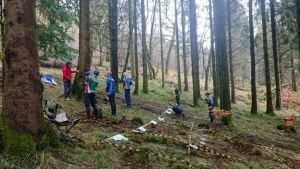 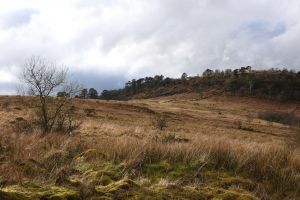 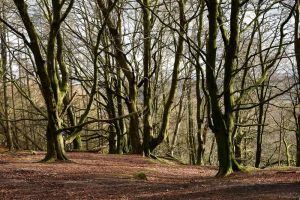 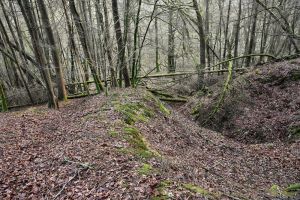