The Edinburgh City Race on Saturday 26 January had 6 courses this year, all starting and finishing in Bristo Square. There were good opportunities for spectating, especially since there was a runthrough in the square too.

The courses visited the Old Town, the university buildings around George Square, the Quartermile development at the old Royal Infirmary site, and The Meadows. As in previous years, there was constant route choice and most were confused in various places. Despite wintry weather all week, the day dawned bright and clear, and fairly mild, so there was very little ice left.

A selection of photos from the City Race has been added to the ESOC Picasa Gallery.

The Saturday night ceilidh was well-attended as usual, with much energetic dancing despite the rigours of the day.

Sunday’s event was a chasing sprint, with the prologue on Arthur’s Seat and the chase in the town again, in the area west of Holyrood House. The prologue used a new map, which was much more accurate than the old one. The start was on the east side of Whinny Hill, and the courses looped through the gorse and over the hill, finishing near the west end of St Margaret’s Loch. There were some sharp showers early on, followed by sunshine, and it was quite muddy in places, but luckily not icy.
The chase started W of Dynamic Earth, and the courses headed straight into the confusing buildings and pathways of Dumbiedykes, then into the closes of the eastern Old Town, and finished with some controls around Dynamic Earth and the Scottish Parliament buildings. The chase courses were gaffled (i.e. they had variations, with not everyone going to the same controls) and there were lots of mispunches. The weather was dry but chilly for most of the afternoon, with more sharp showers later on.

Some photos from the Chasing Sprint have been added to the ESOC Picasa Gallery.

Full results and Routegadget from both events are available on the Edinburgh Big Weekend 2013 Results page. 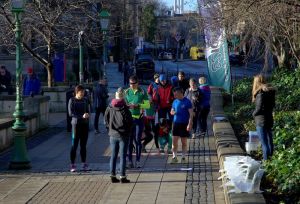 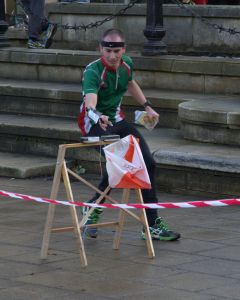 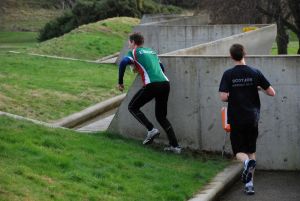 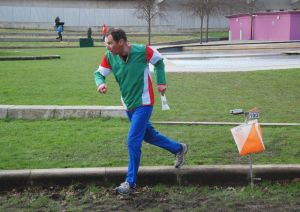