There was a welcome return for the East Lothian Orienteers Festive Frolic, after a gap in 2020. Following the damage wreaked by Storm Arwen at Yellowcraig, the event was held at Levenhall Links, on the east side of Musselburgh. The terrain is fairly flat, with open grassy areas, pockets of scrub and woodland, and a network of paths and tracks including some along the shoreline, around the edge of the old ash lagoons from the Cockenzie Power Station.

The event was a 60-minute score, with a mass start and penalty points for anyone late back. There were 40 controls on the map, each worth 10 points. The control codes were letters instead of the usual numbers, and there were bonus points available for visiting controls in the right order to spell festive words. You could revisit controls, but only the first visit gained points. Many competitors wore festive items, and ELO’s traditional Santa Panda and also a Scary Elf were hiding at controls.
The weather was dull and cool, but stayed dry.

Full results, and more details about the event, are available in the Festive Frolic report on the ELO website. 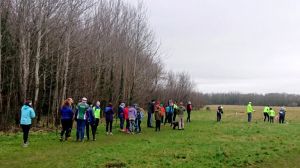 Queuing for the Festive Frolic start 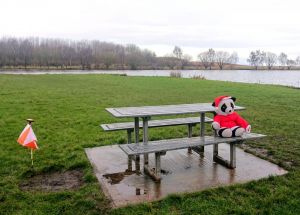 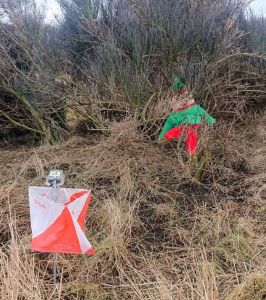 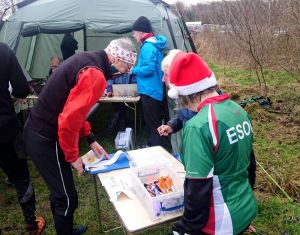 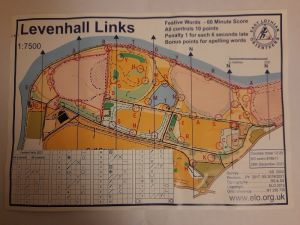