This event had been a long time in the planning, having been rescheduled the previous year during the pandemic restrictions, and then postponed due to damage in Storm Arwen, so it was great to get there at last!
Vogrie Country Park is SE of Edinburgh, near Gorebridge, and is managed by Midlothian Council. It has varied terrain - the parkland around Vogrie House contrasts with the steep-sided wooded valley of the Tyne Water. The map had been extended to include fast running on an old golf course, plus some areas of disused quarries with intricate contour detail, which were visited by the longer courses.
The weather was dull and damp, though the rain eased off during the morning. Underfoot conditions were quite muddy.

Further details about the event, plus full results, including Routegadget, are available on the ESOA Championships page of the ELO website. 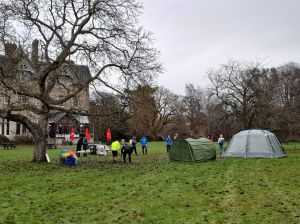 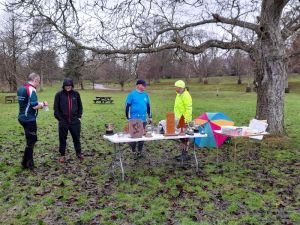 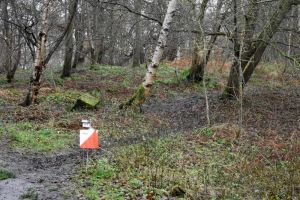