For the start of the new year, we decided to have a different format, following on from the various festive orienteering activities. As usual, the competition started at 11am, when all the zones were reset to neutral, and this time there were no big problems with the reset, though it took a few minutes to settle down properly. There are noticeably more turfers in Edinburgh now, and the map was soon quite busy. 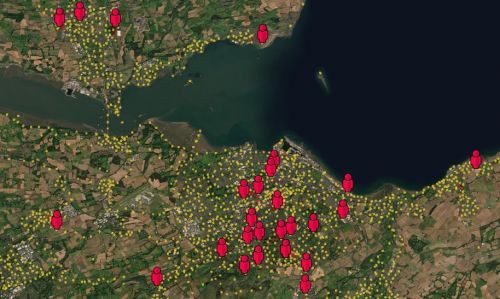 The challenge was to visit (register a Take or Assist) for sequences of turf zones in alphabetical order. A sequence had to have at least 6 consecutive zones in alphabetical order to be valid, and could start anywhere in the alphabet, but not roll over from Z to A. Scoring was one point for each zone in each valid sequence. Unfortunately  the weather was dull, damp and cold, and there was enough ice about to put many people off cycling, so we had fewer competitors than usual. But the participants enthusiastically set off on inventive routes in various parts of town. Some remarked that the alphabetic challenge made the navigation more interesting, though it felt odd to bypass inviting neutral zones that didn’t fit in their sequence.  Other turfers were a problem at times, taking and blocking zones that people had planned to visit.

ESOCJeneral, MarkkuEsoc, ESOCKisaKat and CoolEsocAds went on a group expedition, and were rewarded with some Assist medals as well as gaining the highest scores. ESOCJeneral was the senior winner, with 37 points; ESOCKisaKat and CoolEsocAds were joint junior winners, with 33 points each. There’s a prize zone for the senior winner, and another for the junior winner (thanks to Kingslayer). As well as a prize zone, ESOCJeneral won a jigsaw of the Craig a' Barns orienteering map (thanks to ESOCWalter) for the highest score of the day. ESOCJanet also deserves a special mention, for working out and visiting the longest sequence - 14 zones in alphabetical order.

The ESOC Turfers WhatsApp group was full of interesting chat and photos, as usual. Hope everyone had a good time – good luck for the rest of the round. 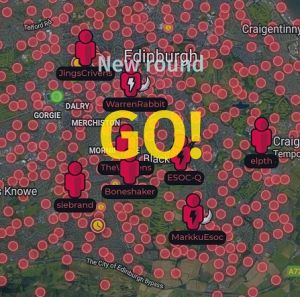 Start of round message 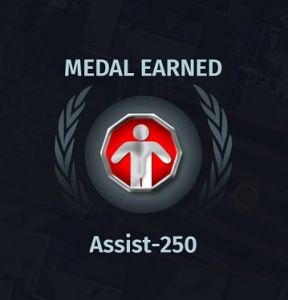