Unfortunately the weather forecast was poor for the weekend, with the tail end of storm Aiden passing through. However, Sunday morning was fine, though windy, and some ESOC turfers were ready for action at 11 o’clock - see the screenshot below. Later on, it became very wet and was still windy, so numbers diminished, especially once it got dark, but a few carried on till the very end, while most of the rest watched on “Turf TV” via the website or app. 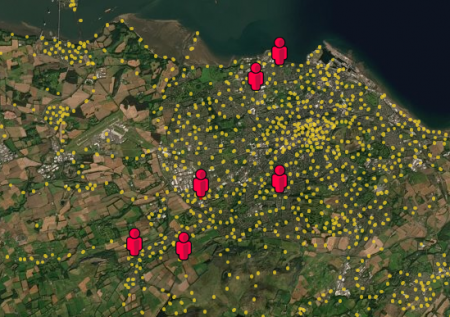 Many set off on various overlapping routes around the centre of town, blocking one another at times, and many zones were taken repeatedly. The north side of The Meadows saw the highest activity, with Melville taken 8 times through the day and several others nearby reaching 7 takes. Out of town, Hodge started off in Dunbar, and enjoyed being region lord for a while, giving him a shorter take time, while TimmyM headed from Balerno out to Livingston and back, where he was uninterrupted for 110 zones, and was 1st in the world in the early afternoon – but this was not to last. Meanwhile, ESOCWalter had a long cycling session in the morning, eventually thwarted by low battery, luckily not far from home. He headed out again later for three more sessions, and despite commenting “It is absolutely miserable out here!!!” carried on, eventually winning the male prize. ESOCJeneral also cycled, travelling along the canal from the west, then heading north and all along the shoreline to Musselburgh. This was a single session lasting over 6 hours and covering 57km, winning the female prize. The highest score again came from féarglas, who simply continued for just over 13 hours to finish the day 1st in the world.

The day’s activities were accompanied by merry banter on the ESOC Turfers WhatsApp group, with photos and screenshots illustrating progress. Some people gained new medals, and others moved up to a new rank. ESOCWalter and ESOCJeneral will be able to nominate a new zone wherever they like – look out for 2 new zones soon. Happy turfing to everyone for the rest of the November round, which lasts 5 weeks. 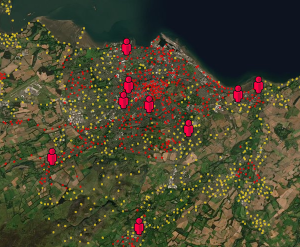 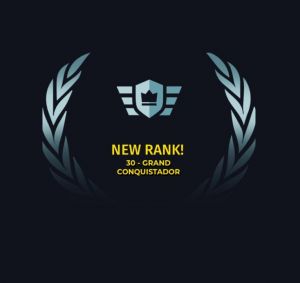 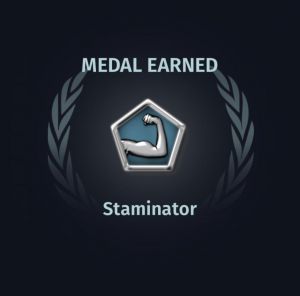