The Glasgow Parks Championships is an annual competition, with three separate short events in one day. The venues are a closely-guarded secret until the preceding Thursday, and there’s a competition to guess them. Start times were allocated for the first two races, with a chasing start for the final race.

The first race was at Cathkin Braes on the southern edge of Glasgow. This is a fairly wild area, with deciduous woods, patches of thick undergrowth, some steep slopes, and good views over the city. Courses looped around the eastern part of the area, where there were a lot of confusing paths and mountain bike tracks.
The second race was a short distance to the NW at Linn Park. This is a large park with woods and open grassland sloping down to the White Cart Water. The courses ran anticlockwise, covering a variety of terrain around the old mansion house in the centre of the park.
The third race was at Drumpellier Country Park, which lies on the eastern edge of Glasgow, and has just one corner inside the city boundary. The courses were in the SW part of the park, with the start by the A752 and the finish beside the loch. The terrain included mixed woodland, marsh and lowland heath, criss-crossed by a network of paths and tracks.

The weather was sunny in the morning, then cloudy later, and stayed dry all day. Although it was chilly, the temperature was luckily a few degrees higher than earlier in the week. 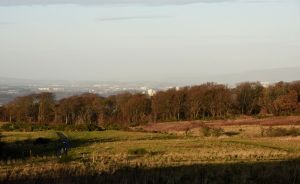 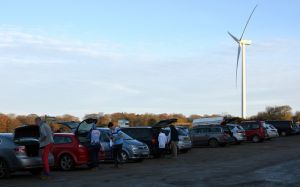 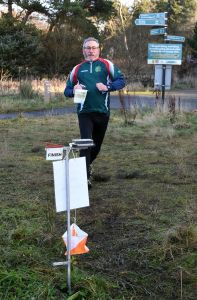