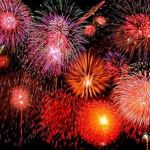 Hugely successful orienteering challenges followed by a party at the BBC; what more could any ESOC member want?  Hanne Robertson reports on the activities.

We all reported to Katy & Alastair Lessells at Ravelston Park at 11am sharp to receive our instructions in the heavy and cold rain. Our brains were soon warming up as we received our orders. An excellent turn out of around 50, despite the challenging weather!

We were split into teams, which was a nice touch as it allowed some to team up with clubmates they either didn’t really know, or wanted to know better, and importantly to spread the experience and give more people a chance against the more experienced big fish! There was an audible ‘Oooh’ around the park when Rachel was paired with Richard Purkis. Surely the team to beat! Each team was assigned their first of ten master maps to work through. Each map had three controls marked on it, and you had to decide who in your team would visit which control using map memory skills.

Each control site was marked with red & white tape and had a word written on the tape. After visiting the controls, your team met up at the Lessells' car and recorded the words at each control. There was a theme for each map - you had to identify the theme and a 4th missing clue. Easy, possibly......although the majority were challenging!

It was very muddy and slippery reaching the controls in the park and the grassy areas of the school grounds, and fast on the tarmac areas. It was quite chaotic at times as runners arrived back at the car, tried to relocate their team answer sheet and then tried to record their answers on soggy paper. After about 45 minutes the rain eased off and as the 60-minute limit approached there were some frantic dashes out and back made.

It was impressive to see the great teamwork by all levels; some elected to stay behind and try to work out the themes/missing link, whilst the fittest ran out to try and help guess from one or two clues. Valiant efforts by all in testing conditions. A huge thank you and well done to Alastair and Katy for organising such a great memorable event and for being able to decipher the answer sheets from what looked like a pile of papier mache.

The winners of the main event were indeed Richard Purkis and Rachel; well done both!  Runners up were Rona and Maja, with Hanne to slow them down, and closely followed by Alison, David and Calum, who had to be constantly reminded not to run with his recovering leg – who would have known?

Here's the puzzle, for those who missed the Hair of the Dog:

And here's the solution: Hair of the Dog 2018 orienteering - solution

After the run we headed to the nearby Blackhall Bowling Club for the party, and numbers swelled to 69 as we were joined by more club members. This was a great venue, with changing rooms and big main room to party in and celebrate an eventful year of orienteering in 2017 and look ahead to 2018 with excitement!

We were treated to welcome hot soups, teas and coffees and a lovely buffet. Once we had warmed up there was a great range of quizzes to attempt: logo identification, Hazel proving to be the expert in this field; a character quiz, which the Dalgleish table won; a body parts quiz which David R & Co won; the kids' quiz which Rachel & Co won; and the Strains and Paul won the quiz identifying orienteering areas from map snippets. There was also an orienteering board game, which unfortunately we didn’t get a chance to see in action, and the O-Shopping Game, which was clearly great fun for all those who took part, and was won by Rachel, Rachel, Megan and Tim, closely followed by Adam Clark, and many others!

These were the warm up acts for the Annual Teddy Bear Race. This started with the Children’s heats and there were some great performances ending up with Luke and Maja in the final. The final was a three-legged affair, and Maja just managed to pip Luke in the end, by a teddy bear hair, otherwise there would have been a family landslide in this event; maybe next year, Luke and Tim!

The Adult heats were no less competitive, and some more physical than others with sledging and teddy interference creeping in! The final again featured Tim, who states he has not been practising all year, and Jeni. Yet again Tim saw his teddy romp to victory and he retained the coveted Teddy Plate.

A much-hyped Child v Adult final allowed Tim to remind Maja what we all know….. the adults are sometimes the best!

Margaret has posted a lot of great photos on the ESOC Facebook page.

It really was a great day! These events do take an awful lot of organising though, and many thanks must go to Alastair, Katy, Anne and Fran for all their hard work and all the helpers who chipped in with great soup, yummy food, dish washing, tidying, etc, etc.

Thank you all, it was clearly a very successful event, much appreciated by all and a great start to the orienteering New Year!

A few photos now uploaded, same photos are on Facebook.  Apologies for poor quality. The photos were poor quality to start with and editing to make suitable for uploading to the website made things worse.  Sack the photographer? 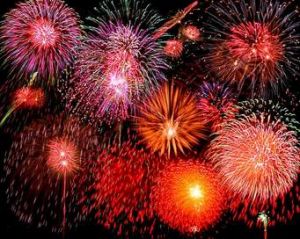 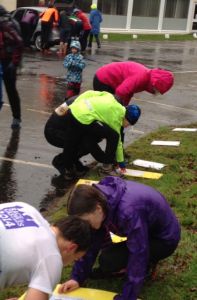 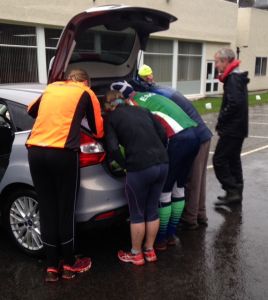 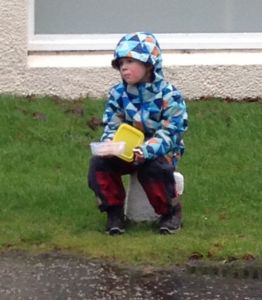 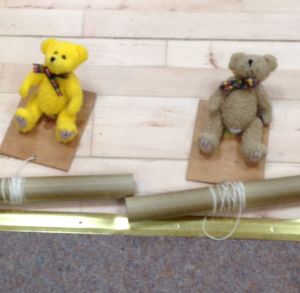 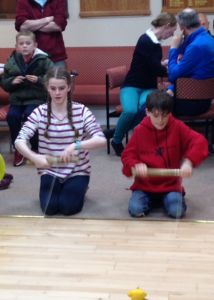 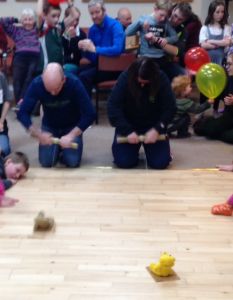 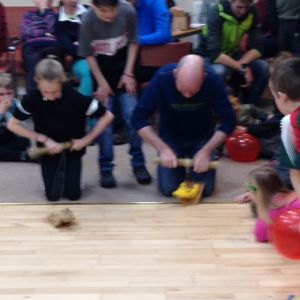