Although very few ESOC members travelled to this year’s JK, everyone enjoyed the events, which were well-organised on great technical terrain, and there were some excellent results.

The JK Sprint was on Friday 15 April (Day 1) at Swansea University, close to the beach of Swansea Bay. The University campus has complex modern and older buildings, separated by roads, paths, grassed open spaces, and steps. The competition area included the adjacent Singleton Park, with a mix of sloping open grass, mature trees and ornamental gardens. The weather was sunny and warm.


The JK Individual competition consists of 2 days (Days 2 and 3), and the times are added together for the overall results.
Day 2, on Saturday 16 April, was a Middle Distance race at Clydach Terrace, near Brynmawr. This is the site of abandoned 19th Century ironstone workings, and the area has very complex terrain with many fan-shaped tips, knolls and depressions, mostly covered in rough grassland with some heathery ground and many small unmapped paths. The Event Arena was at Brynmawr Foundation School, with parking some distance away, and an efficient bus service transported competitors to and fro. The Start and Finish were about 20 minutes’ walk from the Event Arena. Fortunately the weather was still sunny and warm.
Day 3, on Easter Sunday, was at Pwll Du, near Blaenavon. This is also old mining terrain, and has many complex features, steep spoil heaps and scree slopes. Much of the area is very rough, with heather and tussock, but there was faster going on bare mining spoil or the tracks that snaked through the terrain. Courses were long, and there were some very long times and retirals.
The weather was still fine, though cooler than the previous days, with a breeze.

On Easter Monday (Day 4), the JK Relays were held at Caerwent Military Training Area. This has an interesting network of roads, ditches, old railway lines and dilapidated buildings, often surrounded by large blast banks, with dense woodland in the northern part of the map. Much of the area is close-cropped grass, but with many small bumps to trip the unwary.
The weather continued dry and bright.

At the Relay Prizegiving, The JK Performance trophies were awarded, for the best individual overall performance. Rachel Brown won the Women’s trophy after such brilliant results.

Full details about the weekend, along with links to photos, can be found on the JK website.

Days 1, 2 and 3 were the 14th, 15th and 16th events in the 2022 UK Orienteering League – more details about this league are on the UK Orienteering League page of the British Orienteering website. ESOC is now lying 33rd in the club competition. The latest score for each club is calculated automatically from the 15 best club members' scores (across various age class groups) - so the club members whose scores are included may change as the year goes on and more events are included.

Next year, the JK will be in the North West of England, from 7 to 10 April 2023, with events at Lancaster University and the southern Lake District. 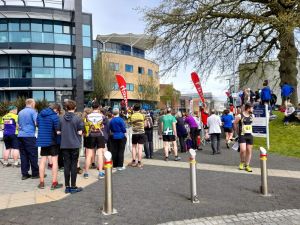 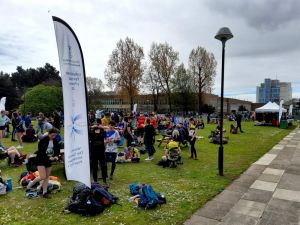 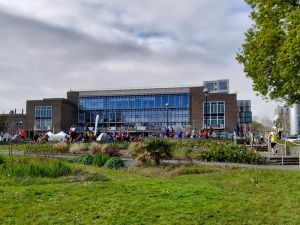 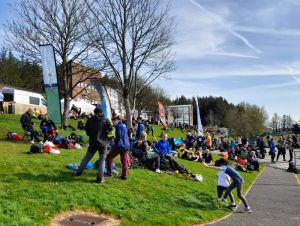 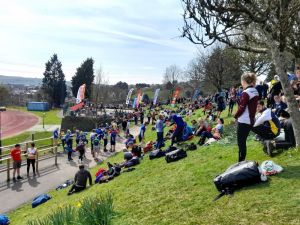 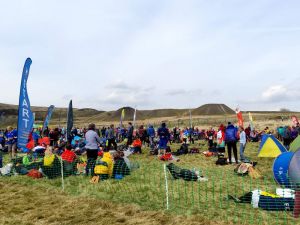 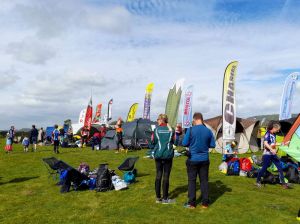