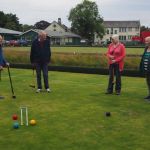 "This was the third occasion ESOC had visited the Balgreen Croquet Club.  We were warmly received as before, the lawns prepared, the mallets and balls ready for practice for those early arrivals.

We were teamed to make up nine pairs and had a maximum of four games against other teams, with points awarded as per the score. First to 4 won each game, but the losing team could have scored 0, 1, 2 or 3 points, so everything was to play for in every game.

A massive sheet recorded scores and depending on availability of finishers, somewhat dictated your next opponents.

Clearly strategy played a large part and the impartial but helpful advice from our referees made for interesting play.  Roger in his early practice was experimenting with the golf type swing, impressive with three wins for his team.  A more conventional approach was taken by all others.  Especially nearer the hoops gave at times a good indication of who your friends were!  Beginner's luck obviously played a great part for some, as five teams won three of their games and two teams recorded no wins.
Listing winners and losers is a little pointless here as we were all winners with a superbly enjoyable evening, just finishing as the rain started.

One of the great aspects of ESOC socials is that they are just socials.  A very relaxing environment for all and still a contact for those maintaining an interest in the Club, but whose orienteering days are behind them.

From the reaction of those there last night, I feel we may wish a return visit next year.

Thanks to The Balgreen Croquet Club for hosting us and to Fran for organising the evening and bringing the refreshments."

Fran adds her thanks to Jayne for collecting the money and others who, in the usual ESOC tradition, just got on with laying out the food and clearing up afterwards. 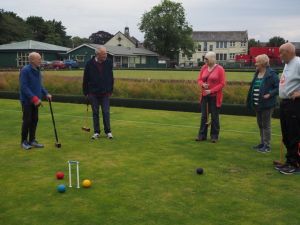 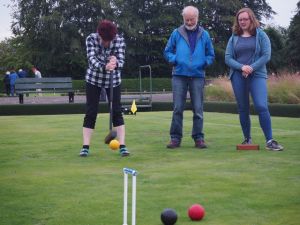 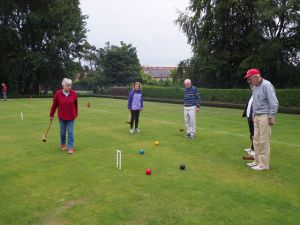 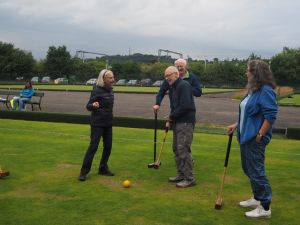 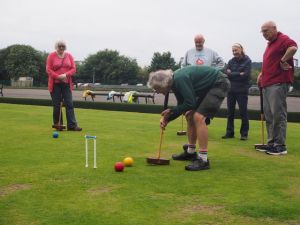