"On Monday night a gaggle of checkered shirt and cowboy hat wearing ESOC members gathered at Walter and Hazel’s for the March Hoedown. Welcomed by the sound of country music, we were ready for this themed ESOC social, and an evening running around Nashville University (Pollock Halls).
Walter had devised an “Odds and Evens” score course, where you either visited the Odds or Evens first. You could switch between the two at any point, but only once. At each control you had to collect a song lyric such as “down in Alabama” or “act politically correct”. There were also bonus points available if you came back with one of 4 stetsons. Random people would start with a hat, and then if you saw someone with one, you could take it “by any means necessary”! Rules explained, and the sheriff (Katy) ready to look for any cheating, we headed up together to the start under instructions to remember the way back, as the finish was at the house! After startling the students, and some stealing of hats, everyone began to arrive back. The next challenge, with more bonus points available, was to match up the song lyrics to the correct line from the song. Some were more obvious than others, and with some of the answers playing in the background there was a lot of guessing knowledge needed to fill them in!
There was a spread of food waiting, and lots of photos taken (some of which are at the bottom of this piece; thanks to Walter for taking them) while the answers were revealed. With the points totalled, it was Fraser Wallace, one of our newer junior members, who came out on top after a fantastically speedy run round the controls and amazing knowledge of country music, scoring 36 points! Second place went to Rona Lindsay (34) and third to Richard Oxlade. Kathryn Neill would have also been third but she was disqualified by Walter due to not being an ESOC member ;)
We then had some other prizes: “Best on Lyrics” went to Martin Caldwell; “Most Underhand Tactics” was won by Mark Rowe (waited to grab stetson on exit from Nashville Campus); “Best Helper” was Zoe Clark and “Best Wrong Guess at Lyrics” went to Katy Lessells (for “sometimes BAD BOYS will spin their wheels and keep you waitin’.”) and Ann Hoy (for “like an ELON MUSK ROCKET you go down the highway”).
It was a fun evening, and great to see members new and old, as well as Dusty the new Clark puppy. Many thanks to Walter, Hazel and Zoe for organising and hosting; looking forward to the next one already!" 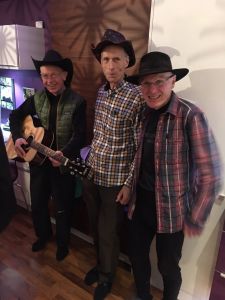 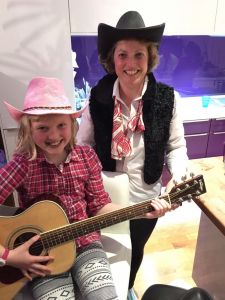 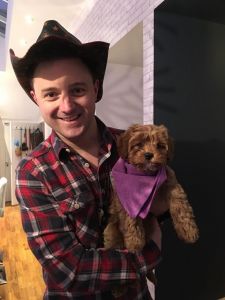 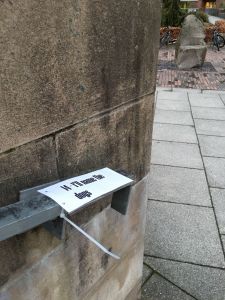 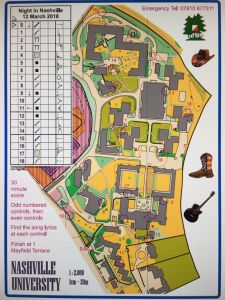