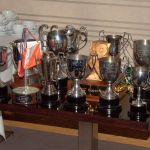 Fran Humphrey, ESOC social secretary, reports:
"There was an excellent turn out as over 60 club members converged at Swanston Brasserie for ESOC's annual celebration of orienteering achievements. This followed the success of many members at Riccarton in the East of Scotland Championships earlier in the day. (See this news item for further details about the event).  But appetites had been whetted, so everyone tucked into a excellent buffet before the prizegiving. First Janet Clark congratulated all the East of Scotland Championships trophy winners, and presented the M65 trophy to Ewart Scott, who had had to leave before the prizegiving.
Then Mark Rowe made an excellent job of standing in as the voice of Club Captain, Helena Nolan, who had a bug and lost her voice completely. They presented the ESOC Club Championship Cup and League awards.
Finally club president, Ewart Scott, outlined the nominations for the John Colls Award before presenting it to Roger Scrutton. The John Colls award is now in its 3rd year, and is presented in memory of a former member who made a tremendous contribution to club, Scottish and UK orienteering before emigrating to Australia in the 1980s."

See the ESOC Club Championships 2017 news item for a list of the prizewinners. 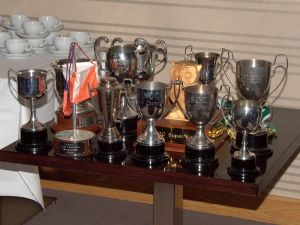 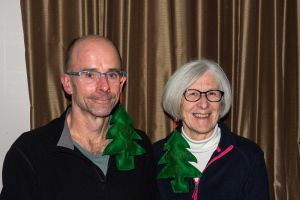 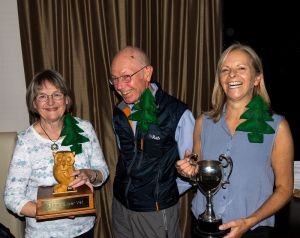 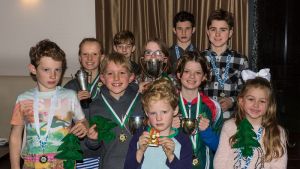 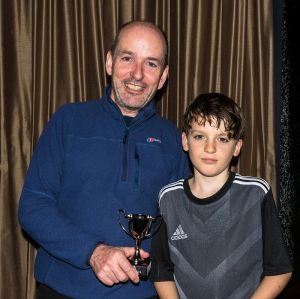 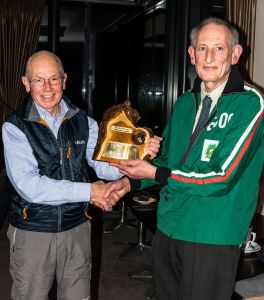