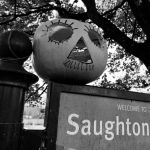 Hallowe'en brought some spooky ESOC members to Saughton Park. They seemed to enjoy themselves!

Helen Bridle writes: Around 50 ESOC members and others from INT, FVO and ELO completed the Saughton Park Virtual Sprint Challenge, over the Hallowe'en weekend. The scariest costumes were out in force on Saturday, braving the wind and storms. When I and my mini wizard princess and policeman attended on the Sunday we didn't see many other costumes but lots of smiling faces enjoying the sun. I also spotted several confused looking faces (including, if I could have seen it, my own) figuring out the complex network of hedges and walls that make up the walled garden.

The long course was won by Vicente Lopez, over a minute ahead of me (Helen Bridle) while Walter Clark won the short course by a similar margin from Mary Ross (It should be noted that Walter planned the courses!!!). The scatter course was tightly contested with Samantha Baker beating Walter by 15s (Walter planned - Just saying!!!).

Special mention to Walter for completing all three courses! Saughton is a fantastic new area, with all courses offering a contrast between the intense decision making to keep track of things in the walled garden area and fast running in the adjacent parkland. If you didn't make it at the weekend do take the chance to try the courses another time. ESOC members also recommend the playpark and the artisan pies from the cafe in the walled garden, if you need any extra reasons to visit.

Thanks to Walter for planning (has it been mentioned before that Walter planned the courses?). Check the photo of Walter trying to put people off with his scary costume.

Ed - I'm afraid I've had some problems uploading some of the other photos, I'll keep trying. 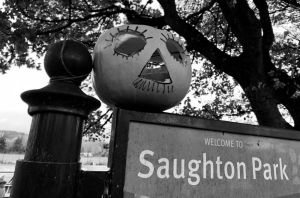 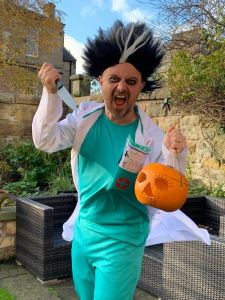 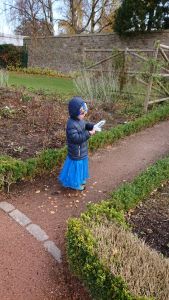