Birnam Hill is just over 400m in height, and lies to the south of Dunkeld. It is very steep in places, with many rock features and contour detail. Parking was along forest tracks, and the start for the White and Yellow courses was nearby. Other courses had a long, steep walk to the start, near the top of the hill. The higher parts have patches of pine trees, some areas of windblown trees, and tussocky heather interspersed with marshes. The final few controls for the longer courses were in thick plantation forest.
The weather was cool, though sunny, and there were great views from higher up.

This event was held alongside the 2019 BUCS (British Universities & Colleges Sport) Orienteering Individual event, with teams competing from universities all over Britain. 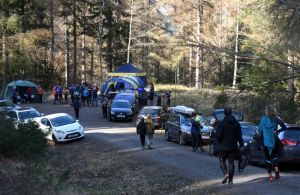 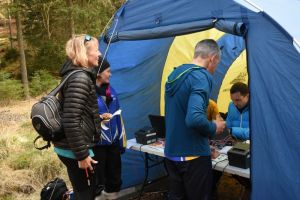