Findhorn is on the Moray coast, north of Forres. The event centre was in the James Milne Institute, near the shore of the Findhorn estuary, and the hall was very busy, with soup and cakes on sale. The start was nearby, and courses started with a loop in the village, where there were many narrow lanes, then most had a long leg through forest and out into the dunes. The terrain here was complex, with large open gravelly areas and patches of pine, gorse and heather on the dunes themselves. Finally there were a few controls among the static caravans in Findhorn Sands Caravan Park.
It was windy, mainly dry with a few showers, and surprisingly dry underfoot though there were puddles on the larger tracks.

Full results and more details about the event are available on the Findhorn night event page of the Moravian Orienteers website. 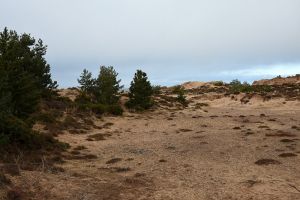 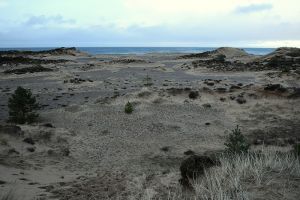 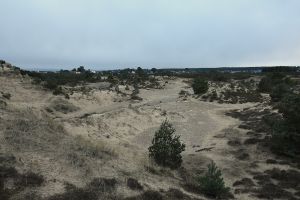