The 2012 Scottish Score event was organised by Solway Orienteers, at Drumlanrig Woods, near Thornhill in Dumfriesshire.  Drumlanrig Castle itself formed an impressive backdrop to the parking area, with the start nearby, and controls were spread out through steep mixed woodland, as well as open parkland on the lower ground near the River Nith.  The coniferous areas were rough in places, but there was a good path network, and the main challenge was deciding where to go next, and how to make best use of the time available.  There were time limits of 70 minutes for M20-35 and W21, 40 minutes for M/W14 and below, and 60 minutes for everyone else. There were also some colour-coded courses.
The weather was dull but dry, and fairly chilly following early frost.

This event was also the Scottish Inter-Club Championships, and ESOC won the Large Clubs trophy.  The points for this are calculated by a formula that applies a weighting to everybody’s score, according to age and gender.  For the Large Clubs category, the 7 highest SICC scores from each club are counted.  For ESOC, these were:
Margaret Dalgleish - 1154
Janice Nisbet - 970
Janet Clark - 913
Andrew Lindsay - 912
Alastair Lessells - 906
Eleanor Pyrah - 899
Roger Scrutton - 890

The full results are here. 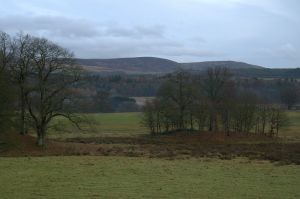 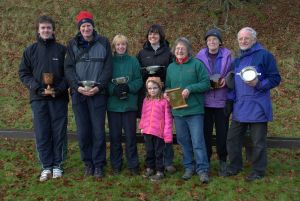 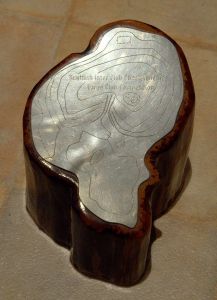