The 2021 Scottish Sprint Championships was a great event, consisting of 2 separate races in nearby locations in Kilmarnock, with the times combined to give the final results. This event was organised by Ayrshire Orienteering Club, as part of the STAG/AYROC Ayrshire weekend, and also included SOUL 3. Both races used brand new maps, which overlapped.

The first race was in Dean Castle Country Park, which is in the northern part of Kilmarnock, just off the A77. The terrain was attractive parkland and natural woodland, around the 14th century Dean Castle, with plenty of paths, some steep slopes, a pond and 2 rivers.

The second race was a complete contrast, in the New Farm Loch housing estate, which is a short distance uphill from the country park. This is a complex area of modern housing with a maze of alleyways and courtyards between similar blocks of houses, demanding full concentration. This race, being urban, was SOUL 3.

The weather was fine – dry and breezy with sun at times. Unfortunately this event clashed with some others and there was a low attendance, but everyone enjoyed it.

Full results from both races are available on the Scottish Sprint Championships event page of the AYROC website. 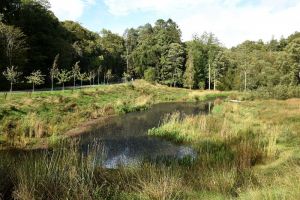 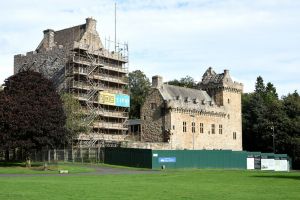 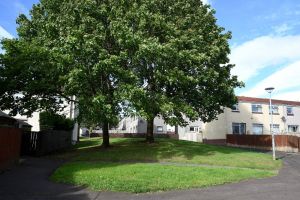