Once again the Scottish 6 Days was an entertaining week, featuring six varied days of orienteering, plus rest day activities and a programme of social events. The competition centred on Crieff and Comrie; the first three days took place along Strathearn, and the final three days further east and north along the A9. There was beautiful scenery, with some wonderful views from parking fields and starts. The weather was better than expected, with almost no rain and plenty of sunshine, and there were very few midges, despite a pessimistic midge forecast.

Day 1: Auchingarrich, Sunday 28 July
Auchingarrich is just south of Comrie, and many had been there before. The parking field had a panoramic view over Strathearn, and there was a walk from there to the arena (or a bus for those that needed it), which was on open fields with a good view of the final few controls. The terrain included plantation forest with many confusing rides and ditches, some open hillside for the longest courses, and a fast descent over pastureland to the finish.

Day 2: Edinchip, Monday 29 July
Edinchip was a new area, just west of Lochearnhead, in the Loch Lomond & The Trossachs National Park. The map covered the valley of the Kendrum Burn, and the lower slopes of Auchtubhmore Hill to the SW. The terrain was less technical than Day 1, with open moorland on the higher parts, and deciduous woodland, marshes and meadows lower down. A disused railway line, with a deep cutting, runs through the area. There was a remote finish in grassy fields.

Day 3: Dundurn & Cnoc a Mhadaidh, Tuesday 30 July
This was ESOC’s day for helping; many people were there early and/or stayed late clearing up, and as it was a Middle Distance event, there was enough time for a run as well, for anyone who wanted one. This was another new area, SE of St Fillans, in the Loch Lomond & The Trossachs National Park, and the arena and parking were conveniently close together, in a beautiful setting. The terrain for senior courses was very technical, in mixed woodland with many crags, rocky knolls, marshes and intricate contours. The longest courses included some rough open further west. As the forest area had almost no line features, the young junior courses were in nearby fields and on a neighbouring golf course.

Rest Day: Wednesday 31 July
On the rest day, orienteers made the most of the many opportunities available in Perthshire, visiting tourist attractions, hillwalking, mountain biking, or simply relaxing. There was a Sprint race in Crieff (the eighth event in the 2019 Scottish Orienteering Urban League – see this report) as well as Trail Orienteering at Drummond Castle. Many ESOC members went along to the social, generously hosted by the Martins in Perth. The weather was mostly good, but there were some very heavy showers in the afternoon.

Day 4: Culteuchar & Dron, Thursday 1 August
Culteuchar Hill is near Bridge of Earn, just south of Perth. There was a longish walk to the starts, and the far start was high on the hill, with a great view. In contrast with Day 3’s terrain, much of the area is very fast and open, with easier navigation, complicated by gorse and many fences. The longest courses visited a conifer plantation further east, and all courses finished through mixed woodland where brashings made it very rough underfoot.

Day 5: Craig a Barns, Friday 2 August.
Craig a Barns is near Dunkeld, above the River Tay, and is well known as a tough area, on a complex forested plateau split by a series of parallel valleys, with many crags, fallen trees, some areas of bracken, and this time a surprising amount of rough open land. Competitors nearing the end of the senior courses were visible from the parking field. The arena was at the northern end of the area, so the courses avoided the steepest slopes on the southern side of the hill.

Day 6: Grandtully, Saturday 3 August
Grandtully is also on the River Tay, upstream from Dunkeld. The area had only been used for orienteering once before. The terrain is generally fairly vague, open birch woodland with many indistinct marshes, and many people found the navigation a challenge. This was another Middle Distance day. M/W21E started in reverse order at fixed intervals based on overall times from the first 5 days (i.e. the leaders started last).

For M/W21E, scoring was based on cumulative time over the week (to be competitive, they needed to run every day, and only those who ran every day are included in the numbers of competitors shown above). For all other classes, points were awarded for each day’s result, based on finishing position (i.e. 1 point for 1st place, 2 points for 2nd place, and so on). Competitors who did not start, retired, or mispunched were awarded a score 5% higher than the maximum number (over all 6 days) of entrants for the class. A competitor’s 4 best scores of the week were totalled to give their overall score.
Anyone with a low enough score can buy a gold, silver or bronze cloth badge. Badge standards are based on the number of competitors in the class; the full list of qualifying standards, and further details of how to order a badge, are available on the Cloth Badges page of the Strathearn 2019 website.

The Strathearn 2019 website gives further description of the competition areas, comments and results for each day, including Routegadget, and links to many photos.

Day 1 (Auchingarrich) and Day 6 (Grandtully) were the 14th and 15th events in the 2019 UK Orienteering League. There are more details about the UKOL, including the league tables, on the UK Orienteering League page of the British Orienteering website. ESOC is now lying 10th in the club league. The score for each club is calculated automatically from the 15 best club members' scores (across various age class groups) - so the list of club members whose scores are included will change as the year goes on. 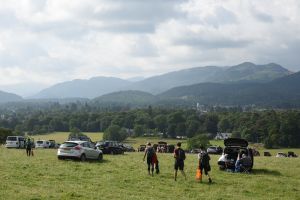 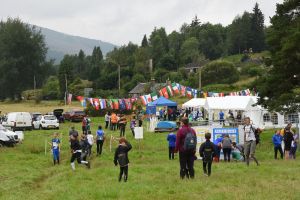 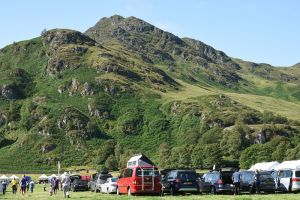 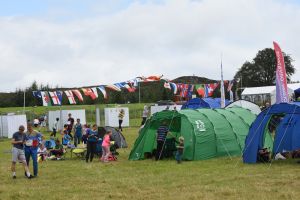 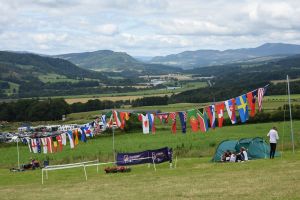 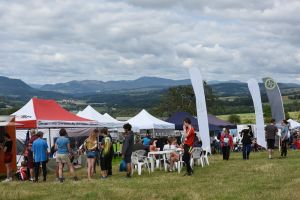 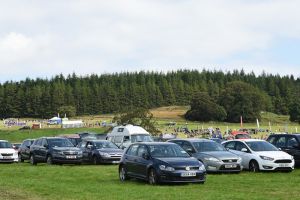 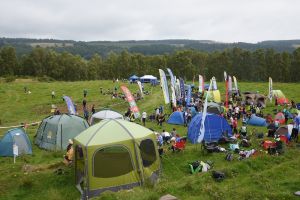 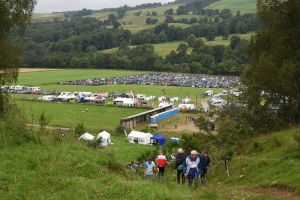