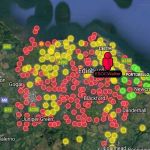 The one-day challenge is over but the finding and stealing of zones goes on.  You can still join in. Why not check the Turf website? Original information about Turf was in the most recent Capital O and also in ESOC Matters.

Well done to Féarglas aka Leonne for winning the inaugural ESOC Turf Challenge after some serious pavement pounding for much of the day yesterday!

Thanks to Sally and Crawford Lindsay for encouraging us to take part in this, it really was good fun.

This is what Calum and I did.

ESOCZoe set the bar high after cycling to the seaside and taking Joppa to Seafield. Also taking to two wheels Calumbo2000 set off collecting zones in Prestonpans and started to head slowly west and, after long consideration, started to pick off some of Zoe's coastal captures. One of them did elude him as the tide had come in a bit and despite only needing to get one more bar to take the zone outside Portobello Swimming Baths he was not willing to get his feet wet.

It was then we saw ESOCJanet was picking off the zones in Figgate Park and we briefly thought about rushing to hide near the last one on the boardwalk but also realised our phone charge was depleting rapidly.

We headed back for recharging, Fortnite and tea with a pretty good lead but then saw Leonne was getting busy again, Quirkey was hoovering up zones in Central Edinburgh as was noRa94 aka Rona, ESOC Walter and ESOCJanet and now Greensward aka Martin Caldwell was creeping up the table. Crawford meantime was playing it cool travelling back from the Cairngorms picking off Braemar Castle en route.

Eventually the pressure was too much for Calum and he saddled up again and went out to pick off another 12 zones in Musselburgh until we realised it was now 10 pm and the only way of adding to the total would be to head back in to Edinburgh and risk a Social Services enquiry.

Meantime we heard from part timers ESOCmaja and ESOC-H that they had bumped into Janet coming back from Cramond Island and were advised they might not have had time to take her zones before the tide turned!!!!!

Then we were reduced to watching the last activity of the day on the laptop, seeing the last zones of the day being picked off with surges from Crawford and Janet still out in Cammo but it was Leonne who kept going to come top  point scorer and zones taker.

The final results are shown on the final 2 photos below.

It is great fun and it would be great if we could knock off all of the Edinburgh zones before the end of the month....in fact as I type this Mary has just claimed Aberdour Railway Station! It really is Outdoor Addiction! 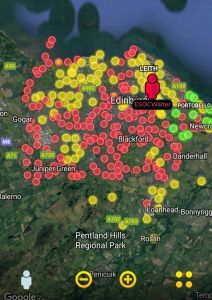 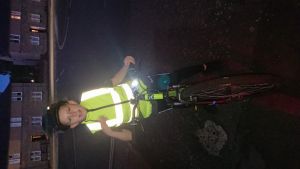 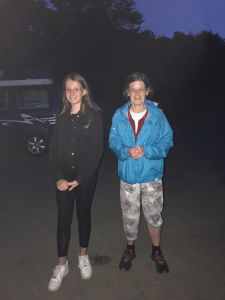 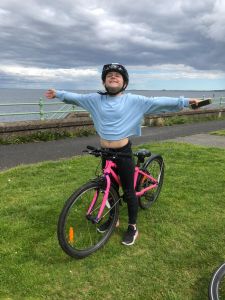 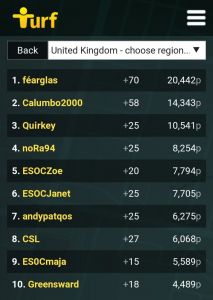 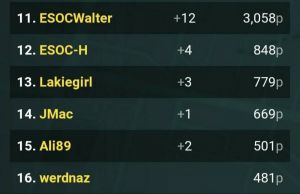