Hailes Quarry Park is managed by the City of Edinburgh Council. It lies on the north side of the Union Canal and slopes down to the north. Much of the park is rough open, with a network of grassy and tarmac paths. There are areas of shrubby woodland and a wetland with boardwalk, as well as a play area. The map also covers the neighbouring residential development at the SE corner.
Hailes Quarry was active from 1750 to 1900 and at its peak employed 150 men, with 100,000 tons of stone being taken out each year, creating a hole 100m deep. Stone from the quarry was used for stairs and landings in Edinburgh’s New Town. In the 1970s the abandoned quarry was used as a landfill site and was eventually grassed over, and converted to a park in the 1980s.

There are Virtual Orienteering Courses (VOCs) here. They are available as MapRun courses on a smartphone. Unlike Permanent Orienteering Courses, the control sites are virtual, i.e. there are no markers or posts on the ground. Full details of the courses available (difficulty, length, and safety advice) and how to access them can be found on the Hailes Quarry Park page of British Orienteering’s “Go Orienteering” web portal.

Full instructions for accessing/using the MapRun software are included on the Smartphone Orienteering & Permanent Courses page of the Scottish Orienteering website. 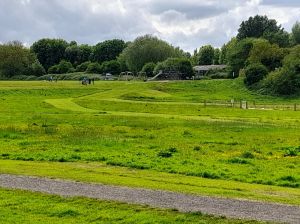 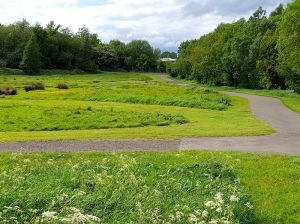 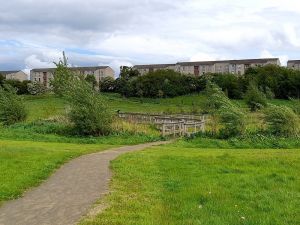